Steven Schonberg was Reviews editor for Jewish Book News & Reviews in London for 11 years. He began to write poetry seriously during this time – and went on aliya in order to continue writing, leaving his family behind. He eventually published his poetry (‘Redemption – A History’); a historical novel about the notorious York massacre (‘York, 1190’); and a collection of moral stories using the medium of science-fiction (‘Alpha Omega’). There was also an early contemporary Torah interpretation (‘The Socialist Theocracy’), with a prophetic view of the immediate future, that originally appeared in London in 1972. Here is presented a brief selection of his favourite poems, plus some new ones.

Be the first to review “Redemption – Selected Poems” Cancel reply 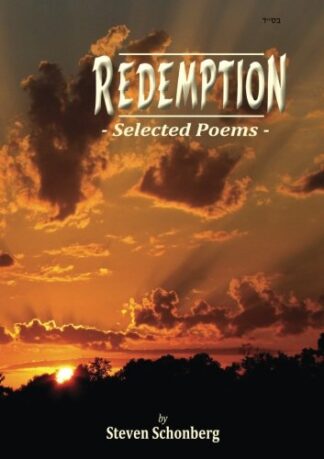